Skip to content
Latest Blogs:
Tips To Stay Healthy This Summer Walking for Low Back Pain Osteoarthritis & Diet: 6 Foods to Avoid 5 Ways to Motivate Yourself to Exercise This Spring Knee Pain: A Symptom Guide

Whiplash Symptoms May Be Hard for Others to Understand

A whiplash injury occurs when the head and neck (cervical spine) unexpectedly get whipped back and forth. In today’s world, this injury most commonly happens when hit from behind by a vehicle.

If your whiplash symptoms linger, it may be hard for others to relate to what you’re going through.

Some questions could include:

“You felt fine after the accident. How can you be in so much pain and discomfort weeks later?”

“My friend recovered from whiplash within a few days. Maybe it’s just in your mind?”

Despite what other people might think, whiplash symptoms can indeed be mysterious and evolve over a period of weeks and months. Some symptoms may fade away as new ones develop. While most people fully recover from whiplash within 3 months, others may experience symptoms that last much longer and become chronic.

Let’s review some key facts about whiplash to help put this injury in perspective.

Pain can be delayed

We’re used to most collision injuries becoming painful immediately. For example, if you fall and land hard on your hand, it starts hurting right away. However, a whiplash injury may take up to 24 hours or more before it becomes painful.

It is not uncommon for someone to be rear-ended by another car and refuse medical attention at the scene, but then wake up the next day with neck pain.

Pain is not the only whiplash symptom

Neck pain, stiffness, and other aches in surrounding areas are commonly associated with whiplash injury. However, the symptoms are not always straightforward and can include whiplash-associated disorders (WAD) that go beyond just pain.

Some examples of whiplash symptoms include:

Some whiplash-associated disorders may be related to a concussion that occurred during the collision, but the exact cause of these symptoms cannot always be accurately diagnosed.

Whiplash-associated disorders may go away quickly or last for months or longer. If left untreated, whiplash symptoms can increase fatigue, stress levels, and feelings of social isolation.

Seemingly minor collisions can cause whiplash

While there is a correlation between the collision’s force and severity of whiplash symptoms, sometimes the results can be surprising.

A couple of examples include:

A lack of car damage can be misleading. In cases where a car looks OK after the collision, the forces that were not absorbed by the vehicle’s surface may instead go through the seat and worsen the whiplash. On the other hand, a car might have visible damage and/or look crunched-up, but the exterior absorbed more of the forces and possibly resulted in less whiplash.

Whiplash can occur at low speeds. Whiplash injuries have been reported in collisions of less than 10 miles per hour in the medical literature.1 Some people with weaker neck muscles or other conditions that make the cervical spine more susceptible to injury are likely factors.
See Diagnosing Whiplash

If you or a loved one suspect a whiplash injury has occurred, it’s important to consult with a doctor. Seeking treatment for whiplash sooner rather than later tends to result in better recovery outcomes.

As seen on Spine-Health.

IF YOU ARE EXPERIENCING ANY WHIPLASH SYMPTOMS OR ANYTHING LISTED BELOW, WE WELCOME YOU TO CONTACT US AT 330-664-1670 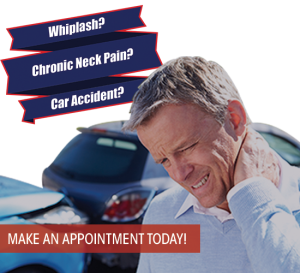